Puri as a Popular Tourist Destination in Odisha, India

The celebrated Ratha Yatra Festival is said to have started in the time of Svarochisha Manu of the second manvantara and is predicted to continue until the end of the second half of Lord Brahma's lifetime. Even in the Valmiki Ramayana, it is mentioned that when Lord Rama was getting ready to leave this world, he told Vibhishan, Ravana's younger brother, to worship Lord Jagannatha, the Lord of the Iksvaku dynasty in His absence.

The Skanda Purana also fixes the date of the Ratha Yatra as the second day of the bright fortnight if the month of Ashadha, a day called Pushyami Nakshatra by astrological calculations. The Padma Purana describes that in Purushottama-Kshetra, or Jagannatha Puri, the supremely blissful Personality of Godhead pretends to be made of wood. In this way, although the Lord takes on what appears to be a material form, it is completely spiritual by the causeless mercy of the Lord for the conditioned souls who cannot perceive the transcendental domain of His.

On the day of the festival, the wooden idols of Krishna, Balrama and Subhadra are taken out in procession in three chariots to their summer temple for a week. The main chariot is 14 meters high and 10 meters square with 16 wheels. The actual construction of the carts begins two months before the festival day, on the third day of the bright fortnight of Vaisakha (April-May).

More than 600 trees, or 400 cubic meters of wood, are needed for the construction, taken from the local forests, along the banks of the Mahanadi River. Using the same simple tools and procedures as they have for the past hundreds of years, once the basic elements are made, such as the wheels, the actual construction begins only a few weeks before the festival.

The ropes of the huge chariots are pulled by millions of devotees. In the ancient times, devotees would occasionally throw themselves in front of the chariot of Sri Jagananath, for it was believed that to be crushed to death under its sixteen wheels was to go straight to heaven.

Since Sri Jagannath is a form of Vishnu and Sri Krishna, many of the rituals observed in Puri temple are associated with events in the life of Sri Krishna. Thus, this annual Car Festival represents Sri Krishna's Journey from Gokul to Mathura.

Our Some special Tour Packages 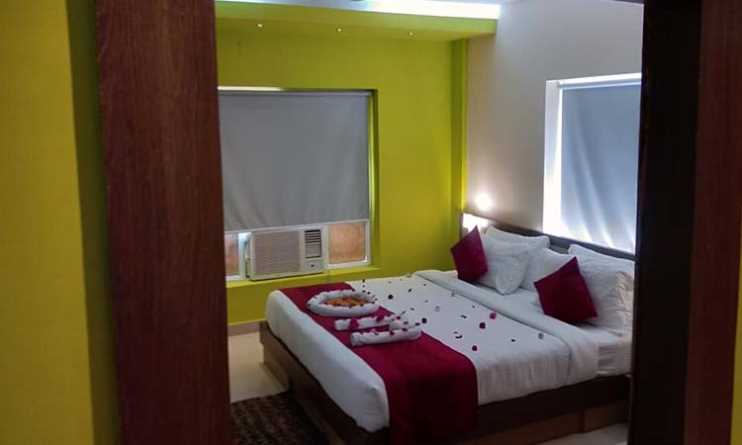 Enjoy this summer in Puri

4 Beach Resort in the Land of Lord Jaganath

STAY TUNED WITH US

Get our updated offers, discounts, events and much more!